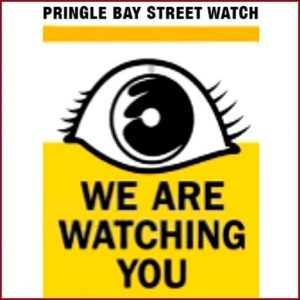 1.1 The name of the organisation hereby constituted shall be called Pringle Bay Street Watch
1.2 The shortened version will be PBSW
1.3 Hereinafter Pringle Bay Street Watch will be referred to as the Organisation.
1.4 The area covered by PBSW shall include all erven, roads, farms, smallholdings and public spaces approximately bounded by Rooi Els and Betty’s Bay and any other roads or areas which the Executive Committee agree shall be incorporated in the area from time to time.

Membership of the association is based upon the principles of non-racism, non-sexism, nonsectarianism and democracy.

(a) Membership of PBSW shall be open to all who own property or who reside in the area or have a direct business or other interest in the area subject to the criteria as set out in this Constitution.
(b) A person who believes they qualify for membership may apply to join PBSW by completing such manual or electronic membership application form as the Executive Committee has approved to be used at the time of such application and shall be subject to a police clearance.
(c) Membership shall be open to all irrespective of race, colour, religion, disability, age or sexual orientation who meet the other criteria for membership as set out in this Constitution.
(d) The Executive Committee may determine at any time whether to charge a membership fee and, if so, the amount and other terms and conditions of such fee. In the event where such a fee is applicable, the payment thereof shall not be enforced in any which way, neither shall the
membership of PBSW depend on payment of such fee. The payment of such a fee (if applicable) shall remain voluntary at all times.
(e) A member may resign by giving written notice (which may be given electronically) to the Committee.
(f) The Executive Committee may in their absolute discretion terminate membership of any member provided that five (5) days notice is given to such member of the Executive Committee’s intentions and that such notice contains full reasons for the Executive Committee’s intended action. Any written reply shall be considered by the Executive Committee.
(g) Members will have the choice of two (2) categories of membership viz Patroller Membership for those who choose to participate in patrols or Non Patroller Membership for those who choose not to participate in patrols. Members will have the opportunity to choose category of membership when they first apply for membership, but are free to change category any time by informing any member of the Management Committee. Patroller Membership shall undergo DoCS training.
(h) A membership register will be maintained by the Secretariat and updated regularly. The register must contain the name, address and phone contact details for both categories of members and in addition the identity number for Patroller members, together with the Indemnity Forms (referred to in Articles 7 and 8) completed and signed by Patroller members.

(a) Members must be given not less than seven days (7) days written notice (which may be given electronically) of any meeting of members.
(b) An Annual General Meeting should be held during the first quarter of each calendar year.
(c) The quorum for an Annual or Special General meeting of the members shall be ten percent (10%) of the registered members. If no quorum is attained the meeting will be postponed for thirty (30) minutes. If no quorum is attained at the start of the postponed meeting, the number of registered members present for the postponed meeting will constitute a quorum.
(d) Each member at a meeting shall be entitled to one vote. All questions arising at any meeting of members shall be decided by a simple majority of those present and entitled to vote at the meeting. No person shall exercise more than one vote but in the case of any equality of votes the chairperson of the meeting shall have a second or casting vote.
(e) Future proposed amendments to this constitution may be decided by a simple majority vote of the members at any duly constituted meeting of members for which the required notice has been given.
(f) Executive Committee members term of office shall be for the period between Annual General Meetings and Executive Committee members are permitted to be nominated for subsequent terms of office.
(g) Candidates nominated for Executive Committee Member positions must be duly proposed and seconded at an Annual or Special General meeting of members and if there is only one nomination for a position the nominee will be deemed elected. If there is more than one nomination for a position an election will be conducted via method determined by the Electoral Officer.
(h) Minutes shall be kept of all Annual or Special General Meetings of members and should contain a record of all attendees, proceedings and resolutions.

9. Changes to the Constitution

10.1 The organisation may close down if at least two-thirds of the members present and voting at a meeting convened for the purpose of considering such matter are in favour of closing down.
10.2 When the organisation closes down it has to pay off all its debts. After doing this, if there is property or money left over it should not be paid or given to members of the organisation; but to an organisation that has similar objectives. The organisation’s general meeting can decide upon the beneficiary organisation.

Adoption of the Constitution
This Constitution was approved and accepted by members of the Pringle Bay Street Watch Coordinating Team meeting held on 25 April 2017.